Brian on the Spot

More action from the filming the other night, and once we'd wrestled Roger off the screen it was Brian's turn.

First, we all hid off camera to give Brian some helpful abuse advice
﻿
Next, the boss stepped in to rehearse Brian's lines with him

Finally, all systems go as Brian does half an hour of stand up whilst the boss fails to get sufficiently clear of the photo to hide the fact that he's tucking in to the hobnobs.  Mmmm, don't mind if I do.

Smile - You're on Camera!

We've had some media students from Bournemouth University following us around recently as they make a film about the Coastguard Rescue Service.
On Thursday night, they came to Kit Night and tried to speak to some of the team, but Roger got in there first and grabbed the limelight. Not sure his song and dance number will make the final cut.

Our Mascot, Terence Edmunds aged 12, hoped that his hero would turn up for the filming like last time, but having ended up in the cutting room floor on that occasion, we're now more choosy who we film with.  Still, we're always glad of an excuse to show you this photo again.

Following 3 separate rescues yesterday, please check the tide times if you are off to the coast.

With one of the lowest tides of the year the Swanage Coastguard team were tasked just after 5pm to a person stuck in mud on the shores of Poole Harbour.

A bait digger called 999 reporting he was stuck in the mud at Jerry's Point near the chain ferry.

The Poole Coastguard team were tasked being the area's mud rescue team along with the Swanage team. On route the Poole team were diverted to another person stuck in the mud in Poole so assistance was requested from colleagues from Dorset Fire and Rescue Service.

The Swanage team arrived and deployed their water rescue equipment however due to the thick mud where unable to get near to the trapped male.


With the tide coming back in, and the light fading the team requested the Poole RNLI Lifeboats to standby.

The Fire Service arrived assisted by Swanage Fire Crews and deployed their team using inflatable rafts. The trapped male was soon released from the mud and brought ashore , cold and wet as the tide had come in. The male was checked by Ambulance and released shortly afterwards.

Whilst the trapped male was being brought ashore the Swanage team were made aware of a further incident of four persons being cut off by the tide near Swanage.

Part of the team immediately deployed to search, backed up by the Poole Coastguard Team who had come over on the Ferry.

Both Swanage RNLI Lifeboats were launched to search and were joined by both Poole RNLI lifeboats searching from Poole to Durlston Head.

Thankfully one of the Swanage Lifeboats spotted the four people stuck on the landslip near to Old Harry having walked there at the very low tide.

With all persons accounted for, both Coastguard teams, all 4 lifeboats, Dorset Fire and Rescue and South Western Ambulance returned to station.

Tonight people are posting photos of the low tides on social media, we remind people to take care and not put themselves or others at risk.

A similar tide is expected tomorrow and it is not advisable to walk to Old Harry.

In a coastal emergency dial 999 and ask for Coastguard.

Dorset Police requested assistance from the Coastguard in the search for a missing Swanage lady.

The volunteers from the Swanage Coastguard Team along with the St Albans Team from Worth were tasked at 02.45 to search the coastal area.

Teams were deployed to search areas from Studland to Durlston and were joined by volunteers of both Swanage RNLI lifeboats which carried out an offshore search from Old Harry Rocks to Durlston Head.

Having searched several areas the teams were rested at 05.30 before being sent out again at first light to search further areas.

Teams continued to search till around 10.30 when a passing vessel discovered a body in the sea off St Albans Head.

Volunteers from the Swanage RNLI inshore lifeboat along with a Dorset Police Marine Officer were tasked to meet the vessel. Dorset Police have now confirmed the body is that of the missing lady from Swanage.

Our thoughts are with the family and friends.

Hang up on fraudsters

This post is on behalf on our colleagues in the Police.

The Swanage area is currently being targeted by fraudsters who are claiming to be Police Officers seeking personal or bank details.

Please pass on to friends and family the above safety advice.

Never give out personal details over the telephone.

Dial 1471 - record any number that may have been recorded.

The Coastguard Station hosepipe and the electricity reel both went missing the other day and we've been trying to figure out where they went. Given we are a trained Search Team it shouldn't be too difficult.

Had they been stolen? - probably not.

Had they been lost? - probably not.

Had a member of the team borrowed them ? - No they would have said (unless that is they were undertaking very special top secret project - such a secret project that they wouldn't even tell the team about - the most secret thing ever).

Anyway, after many texts and an hours' wait the culprit finally 'coughed'.

It was none other than Coastguard of the year - ten year old Terry Edmunds - seen here with Ben Fogle.

Apparently he had needed the hosepipe to swish out his back yard as part of 'Operation Man Cave'.


Yes Terry has spent the weekend creating a Man Cave!


A man cave[1][2] or manspace,[3] is a male sanctuary,[4] such as a specially equipped garage,[5] spare bedroom,[4] media room,[6] den,[7] or basement.[7][8] It is a metaphor describing a room inside the house[9] where "guys can do as they please" without fear of upsetting any female sensibility about house decor or design.[10] Paula Aymer of Tufts University calls it the "last bastion of masculinity".[10]
While a wife may have substantial authority over a whole house in terms of design and decoration, she generally has no say about what gets "mounted on the walls" of a man's personal space.[10] Since it may be accepted that a woman has input on the decoration of the rest of the house, a man cave or man space is in some sense a reaction to feminine domestic power.[10]

Every now and then we just like to remind readers that this not an official site of HM Coastguard or the Maritime and Coastguard Agency.

The blog and associate sites are run by the member of the Swanage Coastguard Team to record for the community a unique record of the station history and team members.

The site provides information on incidents as well as aspects of life for the team members.

As volunteers of HM Coastguard we are bound by a code of conduct which is followed to ensure information is given factually and without opinion.

We would like to thank all our Partner Agencies, the  community of Swanage and visitors for their continued support in the town.

It is important situations/incidents are reported to the National Maritime Operations Centre and not local Coastguard volunteers.

Going to the beach?

Going to the beach today?

The Coastguard is responsible for search and rescue around the UK coast.

In an emergency call 999 and ask for the Coastguard.

After recent incidents the Station Officer is offered a safer mode of transport which has four wheel instead of two.

The new Purbeck Police vehicle for Studland working in partnership with the National Trust.


The Swanage teams very own Mr Edmunds, or coastguard of the Year, as he prefers to be known managed to break his helmet last sunday whilst training. Rumours within the team however speculate that this was a ruse so that he could get his hnds on the coveted Orange Casualty helmet. He has had his eye on this since the team got it a couple of years back. Terry is so besotted with his new acquisition that he has it pride of place in his uniform rack. Loving your work Terry!! 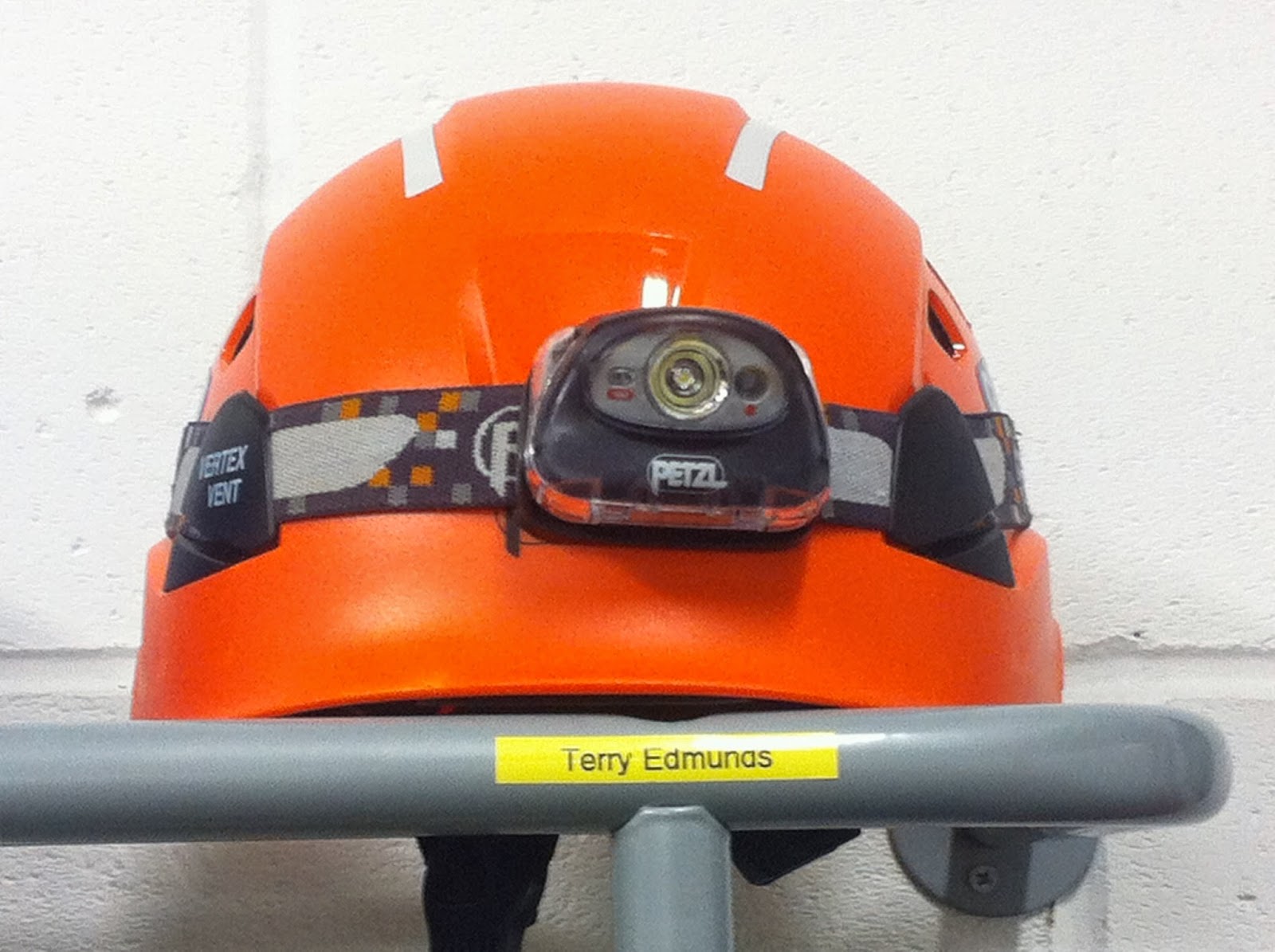 Ballard in the mist