A concerned walker contacted us today regarding the foam washing up on the beach. Quite rightly our beaches and sea are very important and any report of pollution is taken seriously.
On this occasion the foam was caused by the natural action of the waves creating bubbles. Any organic or inorganic particles then stick to the outer side of the bubble creating foam. I'm told that it's a technique used in marine aquariums to keep the water clean - foam fractionation or protein skimming.
It can cause some irritation in large qualities or when mixed with other toxins but a visual check of the beach confirmed no other pollution today.

The team were tasked this morning to near the lifeboat slipway after reports of debris being washed up. Large amounts of wood and diesel was being washed in from Peveril Point to the sailing club. The team arrived and searched the shoreline, removing any hazardous items like fuel cans or small gas cylinders.

It was soon discovered the remains were from a boat that had been towed to safety during the week and put on a mooring awaiting the owner to collect it. Sadly over night it appears the boat broke up in rough seas.

The pollution was thankfully being broken up by the action of the waves and tide with the rest of the boat being the responsibility of the owner to clear up.

The day didn't end there, this little yacht had been the focus of attention this week due to the seamanship of the owner. It's not the 1st time the owner had been rescued will colleagues in the Littlehampton area been out 4 times to him.

Well having spent a day away, the male returned to his yacht and found it just short of the pier having survived the nights storm.

Despite advice from locals he decided to head off to Poole .....well that was the plan. Crossing the bay a rope managed to get caught around the propeller and this time the owner requested assistance. Swanage RNLI inshore lifeboat launched and soon was alongside to resolve the problem. It was decided to tow the boat to Poole so Poole Lifeboat came out to take over the tow.

This is now 6 times this individual has had to be rescued.
Posted by :- Swanage Coastguard at 18:30 No comments:

We received a very nice note of thanks from the climber involved in the incident near Anvil Point last Sunday.  Its always good to hear from the people we've helped and to know that our services are appreciated!

Just a quick note to thank the team that recovered
me from the bottom of the Marmolada Buttress on Sunday after dark. I
sincerely hope I won't need to call on your services again, but it was
great to see how efficient the team were. Alongside that they showed
genuine care and concern for my wellbeing and a good sense of humour
too. Please pass on my thanks to the whole team, the whole experience
reinforced my long held belief that we live in a country that is well
supplied with people who are prepared to make sacrifices and use their
skills to help others.

That's why we Train!

Having only just rigged an 'after-dark' a cliff top set-up, we were faced with the real thing last night (Sunday).

The pagers went off just after 8.00pm and we were tasked to a climber, stuck on the cliff somewhere near the Anvil Point Lighthouse.

We quickly grabbed the night lighting and trailer and met the first informant at Durlston who took us to the climb area.  The incident turned out to be along the coast path, several hundred yards west of the lighthouse and inaccessible by vehicle, so we lugged the lighting, generator, stakes, 250m rope bags, sledgehammers and other assorted equipment to the site by hand.

On site, the lights were soon up and running and a double-stake holdfast installed to give a cliff technician access to the cliff edge where he was able to spot, and make contact with, the casualty.

It soon became apparent that the climber was in no immediate danger and was in fact tired and unharmed on the rocks at the bottom rather than stuck or injured half way up.  Bearing this in mind and noting the calm sea conditions it was considered easier and safer to request Swanage RNLI's inshore lifeboat to recover the climber, rather than deploy a technician over the cliff in the dark.

We continued to prepare for a cliff rescue, setting up further holdfasts etc, just in case the lifeboat was unable to recover, but it was very soon spotted rounding Anvil Point and quickly on scene.  A quick call on the radio confirmed that the casualty was on board and the boat was reversing out and it was time to pack the kit up, carry it all back to the truck and return to the station.

A Job well done, and thanks to the RNLI crew for their quick response.

There's a decision making process to go through when carrying out operations such as last night's, including whether to recover by ropes, by lifeboat or even by helicopter.   This is normally a job for the Officer In Charge -OIC- in conjunction with the Portland operations centre and other team members and we'll take a look at that process and the various factors to consider another time.
Posted by :- Occasional Blog at 21:16 No comments:

We ran a useful cliff rescue training session last week, without actually putting a cliff technician 'over the top'.

We've had some new recruits this year and after a summer of  thorough training, we thought it would be useful for them to prepare our cliff top set up in real time as though it were a proper emergency.   The exercise was conducted after dark and so involved the floodlights and generator to add to the experience.

The whole team worked quickly and efficiently and we had the lights working, kit unpacked, holdfasts set up and ropes rigged and were ready to start the rescue less that 15 minutes after arriving on scene.  A good effort all round. 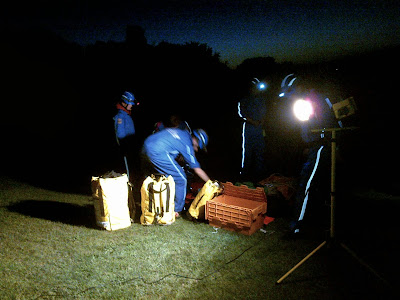 Then we packed it all up again and went to the station for a debrief.
Posted by :- Occasional Blog at 07:00 No comments:

Email ThisBlogThis!Share to TwitterShare to FacebookShare to Pinterest
Bloggies:- Training

The Purbeck Marathon took place today and thankfully the weather held at the start.

Starting on the Downs in Swanage, the route follows the Coastal Path to Tyneham before returning to Swanage via the Purbeck Hills.

Today's winner finished in 3 hours and 6 minutes! Well done to all those who took part today.

Like other emergency services volunteers, we're never really 'off duty'.  Of the 12 on the team, there are always two of us near the Coastguard Station at any time, and this pair is the 'Initial Response Team' (IRT) who will be tasked to attend to any incidents.
The remaining team members still wear their pagers in case a bigger presence is required eg for rope rescues or coastal searches, so although it frees them up to do other things that life has in store, they are still technically available.

Our patch includes the Rempstone Forest / Wytch Farm area leading down to Poole Harbour and its important that the team keeps familiar with the various tracks and routes through the forest - if a distress flare is sighted in Poole harbour we may be tasked to Goathorn Pier or Ower Quay to see if we can identify someone in distress.

So last night, whilst off duty, one of the team took advantage of a beautiful late summers evening to cycle some of the Rempstone lanes and paths to check access points, gates etc, and to generally admire the views.  Off duty or on duty?  Its all useful local knowledge training. 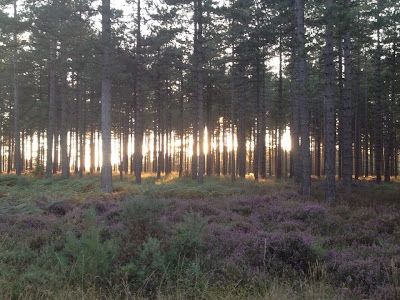 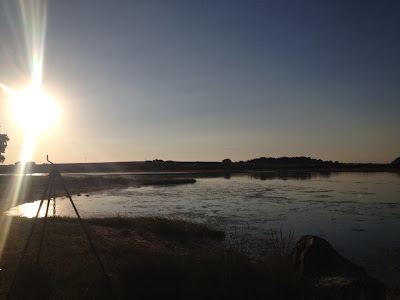 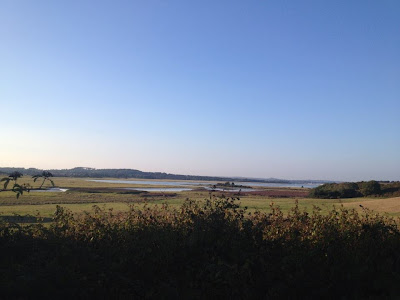 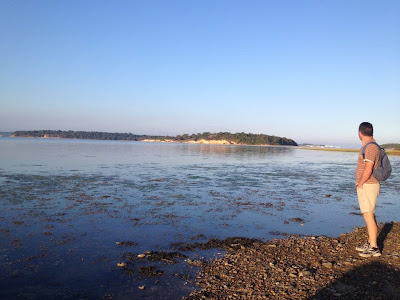 Swanage in the sunshine

Yesterday Coastguard Rescue Officers were tasked to Ballard after a boat owner was concerned for two walkers, walking along the shore.

During this dry spell rock has continued to fall around Ballard and has built up large deposits. It appears the walkers has clambered over these piles of rock to see how far they could walk around the base of Ballard.

On arrival the walkers had disappeared but the boat owner confirmed they had left the danger area.

There continues to be rock falls and smaller land slips in the area and the public are reminded of the dangers and to observe signage.

Swanage is quite important in the diving world and has one of the oldest diving schools in the Country.