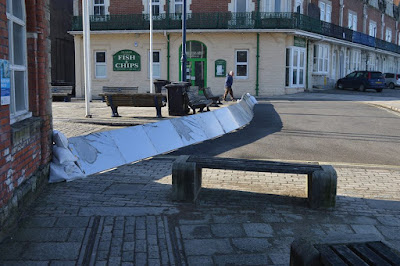 Swanage Town Council will be guardians of this equipment and will install it at the request of the EA, but the Coastguard also has a role to play in protecting members of the public and the Council team during installation and potentially deploying the barrier ourselves at times of short notice. 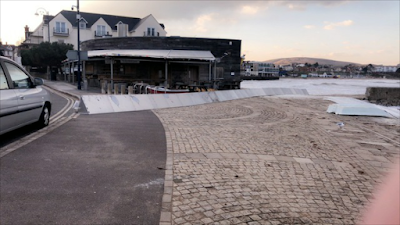 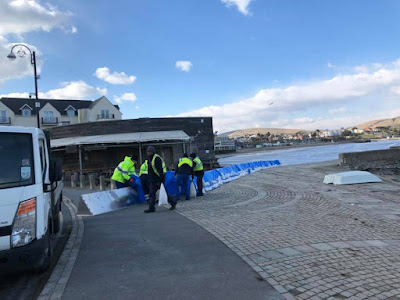 The DSO went for a briefing on the new equipment earlier in the week and gave it a good look over, whilst the Town Council deployed it today in readiness for tonight's high tide which is scheduled at 20:05 hrs. 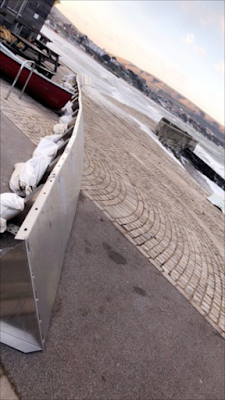 The barriers are designed to hold back 500mm of flood water rather than prevent the odd wave crashing over.  It has been surges from high tide levels that has caused previous flooding in the lower High Street.

The Beast from the East

This weekend the team were sent out to check access routes and other survey work.

Prepare for the Beast from the East was the brief and check the area ready for the weather that is due this week.

Clearly they met some other beasts on their patrol ! 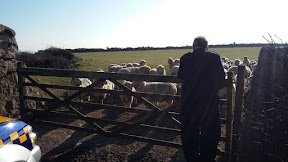 Please monitor the weather reports this week as temperatures drop.

Keep and eye on those that may need some assistance in this  icy and cold weather.

The team have been spending their Tuesday evenings during February practising their first aid and learning new skills. 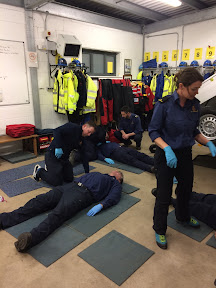 Some new equipment is on the way so to start with it was just the basics. 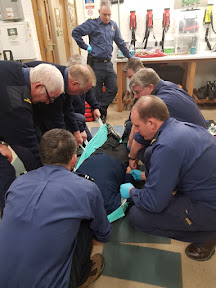 Often we have to move casualties due to their location or Injuries and that’s not always easy. 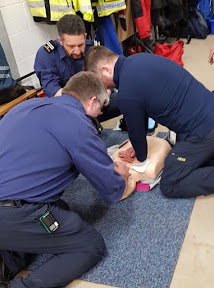 As the patrol headed out today, the National Maritime Operations Centre requested the team attend a report of a large fishing net washed up at Peveril Point.

Watch keepers at the National Coastwatch lookout had reported the net and were concerned it could be a hazard.

The patrol headed down to the point and found several nets.
Sadly caught in the net were a couple of sea birds so a decision was taken to remove the nets. 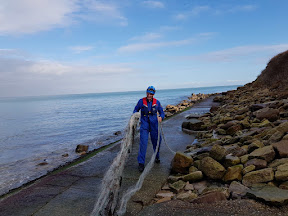 A further net was located caught on some rocks so further team members were tasked to assist. 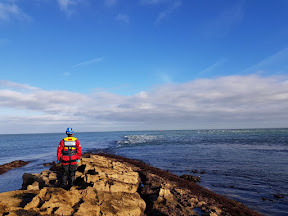 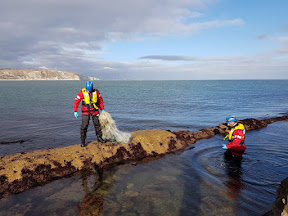 The net was collected up and removed to the boat park for collection by the Town Council , our thanks to them for their assistance. 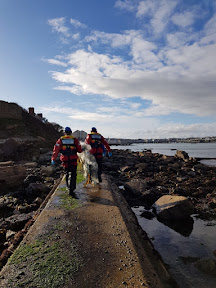 It’s not always search and rescue incidents for the team but prevention work to avoid accidents or damage to our environment.

The SO and DSO have a regular catch up meeting to discuss the issues of the day, plan training and generally put the world to rights.

It's was such a beautiful morning that we were able to meet up outside today. 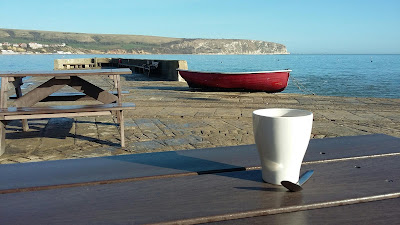 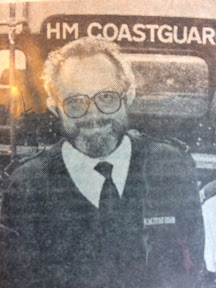 We were sad to learn of the death this week of Mike Tomlin former Swanage Sector Manager.

Mike came to Swanage from the east coast of England in 1986 and looked after the Swanage , St Albans , Kimmeridge and Lulworth teams until 2000.

On behalf of the Coastguard he will be fondly remembered with our thoughts with Fay his wife , children and grandchildren.

365 days a year , Coastguards around the UK respond to emergencies.
Posted by :- Swanage Coastguard at 21:10 No comments:

The team was called out around 11.15pm on Saturday night after a member of public saw some lights at the base of the cliffs at Ballard and was concerned that someone was in trouble.

Arriving within minutes, the Coastguard team split into two groups, and  whilst one group went to Ocean Bay and spoke to some local fishermen, the other went to Sheps Hollow to get 'eyes on' through the binoculars.

The tide was right up, preventing anyone from walking to the source of the light, and indeed preventing anyone from walking back, but towards the north end of the bay there is plenty of beach, even at high water and so there was no immediate danger.   However it soon became apparent that there was no danger at all, the source of the lights was a couple of fishermen who'd been there for 2-3 hours according to the chaps we spoke to at Ocean Bay.  The Sheps Hollow group confirmed that even in the dark it was clear enough to see that folks were fishing, and with the permission of the National Maritime Operations Centre, both groups stood down and returned to station.

We never mind being called out to these types of incident - False Alarms With Good Intent as they are termed. We'd far rather the public called us just in case, rather than not for fear of wasting our time.